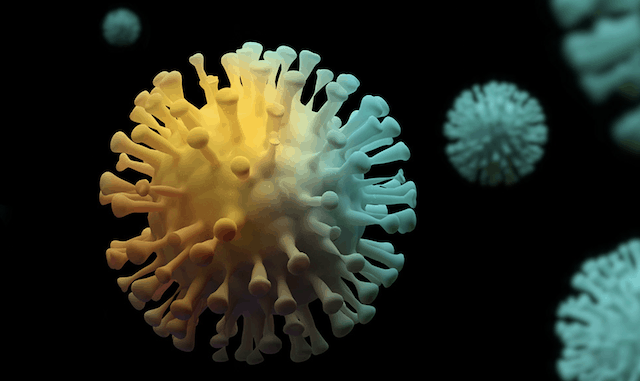 A new virus, that is causing outbreaks of respiratory infection.

Some cases are mild, but some are severe and can be lethal.

As Sun Tzu wrote in The Art of War, “All warfare is based on deception”. He could have easily been describing the ancient battle between virus and host rather than on the lore of Chinese warfare. A virus must infect, replicate and spread for it to survive; the host attempting to thwart it at every step of the way. This ancient battle has been waged for millions of years and has spawned an innumerable number of viruses, each with their own unique ways of trying to outsmart the host. Some viruses encode proteins that directly inhibit/degrade/alter host pathways and some simply have evolved ways to hide from the hosts detection system. The host is not passive in this battle. It has evolved complex pathways and redundant mechanisms to respond to viral interlopers.

Viruses have evolved clever ways to take over host cells. Host cells protect themselves by undergoing apoptosis (programmed death) after infections to prevent further viral spread. Another quote from Sun Tzu, states “what is of supreme importance in war is to attack the enemy’s strategy.” Indeed, viruses have developed ways to stop host cell death, allowing the virus to survive and persist.

Keep away from people who are sick

Do not travel if you think you are ill