Self Defence For Women 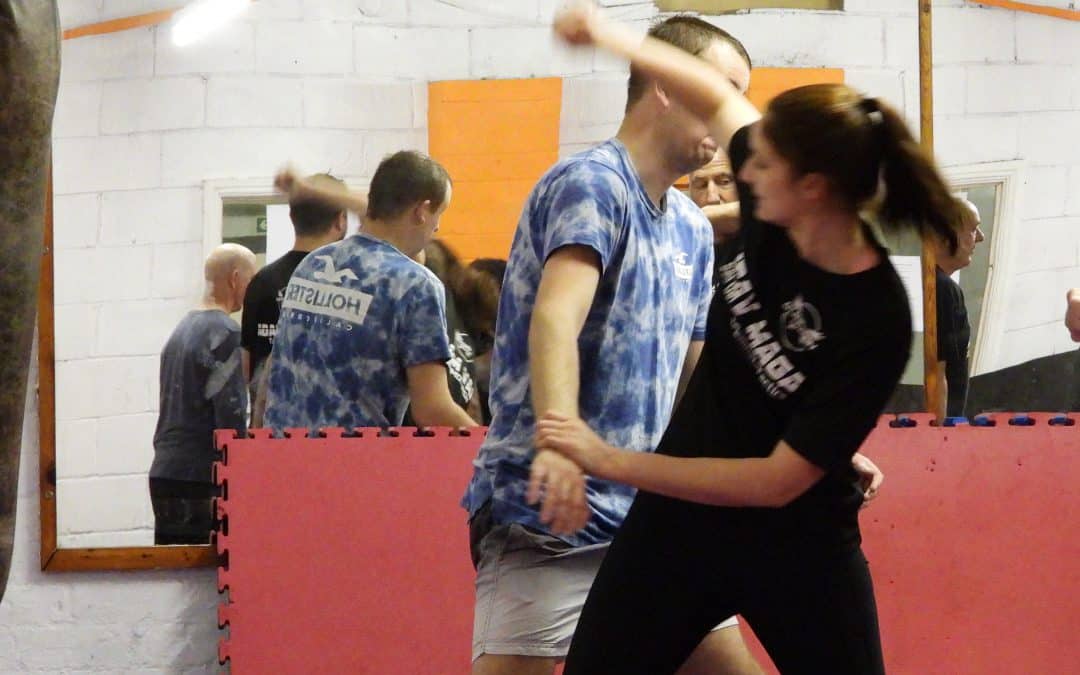 Knowing how to protect and defend yourself is an invaluable skill. Yet self defence is about more than just understanding how to react if you are attacked. It can do amazing things for your body and your mind.

Some people think that carrying a self defence tool is the magic answer.

However, the chosen tool is rendered ineffective unless it is in a persons hand/s at the time of the attack.

At Guardian Defence we do teach you how to defend yourself using everyday items such as rucksacks, but we do emphasise the need for the item to be in your hands at the time of the attack.

In order to improve your ability to fend off an attacker and cause a distraction so you can utilise your chosen weapon you need to embrace the following principles.

To be effective in self defence, you cannot just defend, you must attack back. For a female, this is the ultimate reversal: You become the huntress, not the hunted; the predator not the prey.

You summon and unleash all your life forces such as courage, rage, passion, coupled with your physical powers.

The single most important strategy a woman can employ, regardless of technique, is to be able to strike with destructive aggression. You need to be able to almost flick a switch on. Then you become the predator, attacking targets on the body like a lioness with ruthless intent. Once unleashed and applied with focused intent, this hidden potential can transform a petite woman into a formidable fighter. Into a femme fatale.

The Reality of Violence & The need to fight back

Contrary to the notion that women will only get hurt worse if they fight back (as though being assaulted, beaten or worse doesn’t constitute injury?) Research consistently shows that forceful and aggressive resistance strategies are effective, particularly in thwarting sexual assaults.

Possessing the skill and will to fight back is essential, but your primary goal must be to facilitate an escape.

Unlike most conventional dojo training, real attacks can be swift and vicious. Even a seemingly low level assault, a grab, an uninvited sexual advance or an angry shove from a sociopathic character can quickly escalate into a violent encounter.

Assailants typically use their greater size and strength to close the distance, overpower and subdue their prey: pins, chokes, slapping and “stunning blows” are common tactics. In sexual attacks, women are often slammed or forced to the ground, barraged by vile language. This is yet another weapon in the predators arsenal intended to break a woman.

The longer an assailant has control over you the more difficult it becomes to facilitate escape. Because women are typically smaller, to be effective, to be able to escape and survive you must be far more vicious and determined than your aggressor. To escape a predators clutches, you must summon your primal instincts, bypassing potentially mind numbing “what if’s” imposed by fear.

Body language, de-escalating, boundary setting and evasive skills are the first lines of defence, but they don’t replace the need for violent counter measures, nor do they address the necessity to overcome internal conflict or the fear of injury.

An attacker can be so intimidating that he could generate a feeling of helplessness, thus putting a choke-hold on your ability to be able to effectively counterattack.

To help you be combat ready and survive real world attacks, your killer instinct must be unearthed and trained, combined with essential physical principles and an unfettered willingness to renegotiate with fear.

A myriad of other self defence concepts need to be taken into consideration such as “ground fighting”, but these are too lengthy to cover in this blog post. So I will end with a few common sense principles.

It’s unlikely any of these principles will be new to you. However, repetition is the key to learning and success.

Embarking on a journey of training and studying self defence techniques can be a life changing experience, but always remember;

To find out more about the details on how we train and the principles behind them, come to one of our classes.