How do Knife Attacks happen? 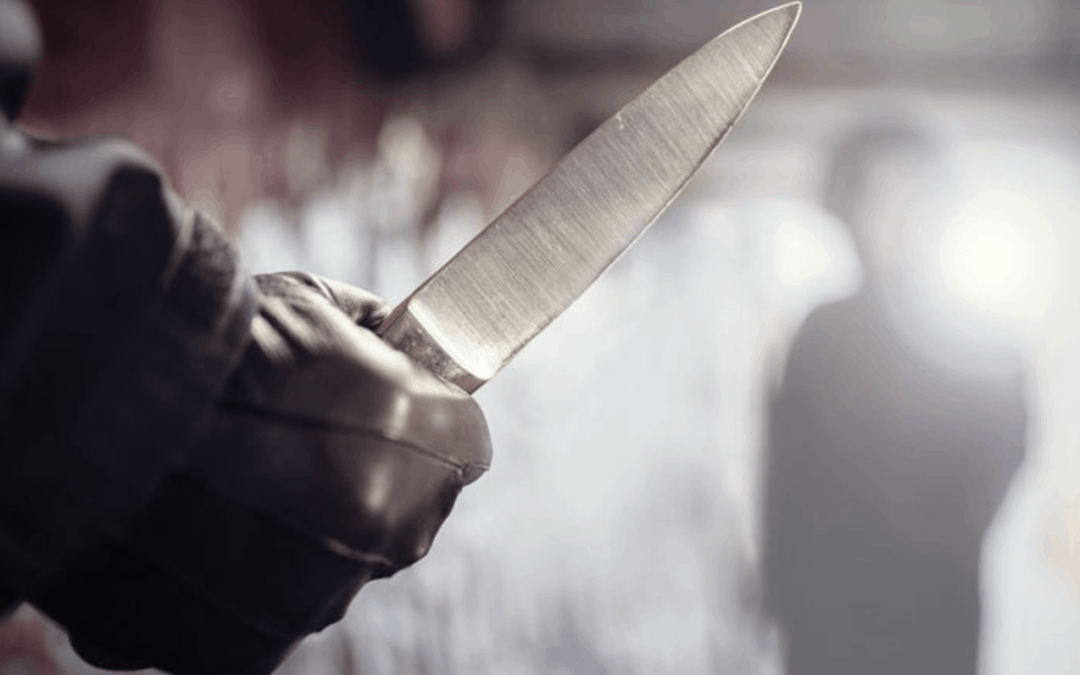 This article is written to build awareness about indiscriminate knife attacks.

Being aware and mentally prepared is the key to surviving this type of attack.

So what happens in a knife attack? The crowd will most likely experience the bystander effect. It means that if the knife wielder locks on to you, then you’ll have to be the first responder to survive. Police officers won’t arrive immediately and some of them wouldn’t know how to defend against a knife. Your pure empty handed martial art will most likely be useless against the knife. You’ll most likely get cut or stabbed but the good news is that you can survive.

Do you remember those times in school when you’ve had a group project? As students, you didn’t know yet how to have clear defined roles. This often results in one or only a few members finishing the actual work no matter how many members there were. In psychology, it’s called the “diffusion of responsibility” and “ambiguity”. This is very common even in non-life threatening situations.

Now, throw in a “life threat” into the mix and you’ll have something called the “bystander effect”. The “bystander effect” is a social psychological phenomenon. Individuals are less likely to offer help to a victim when other people are present. Based on knife attack videos, the most common reaction of bystanders is to runaway or watch in shock. People are less likely to help you out because intervening is too risky.

If you are not knowledgeable about knife defences and you don’t know the victim. Are you willing to intervene in a knife attack? What if there is 80% chance you’ll get minor injuries and 20% chance of getting a fatal one?

Keep in mind that the bystanders aren’t evil or heartless. They often choose “self-preservation” over “helping others” in this situation. Research shows that there are more interventions for situations with low ambiguity and minimal consequences. And that isn’t the case for acts of terror like an indiscriminate knife attack.

You are the first responder

Because of the bystander effect, you will always have to be the first responder. If you suffer an indiscriminate attack your only concern in this situation should be to avoid a fatal wound.

Do whatever you can to survive. Grab a longer weapon or a shield from your immediate environment. Use the object to maintain distance from the knife wielder. If you have no choice, then use a non-vital part of your body as a sacrificial shield. This will buy you time until the police or security officers arrive to help you.

There are ways to control the situation like maintaining distance and deflecting. Next is to dominate the weapon arm and disarm the attacker. But that is something you have to train for. And keep in mind that if you are practicing it, you should do it in a realistic manner. Else, you’ll most likely sustain serious injuries.

Not all Policemen can handle a knife attacker

We will use a video to exemplify this. In this video the knife wielder is being engaged by police officers.The knife wielder doesn’t look like he has any sort of knife combat training. The situation would have turned really bad if the knifeman was athletic.

Police with batons and taser against a knife attacker video

In this video we see the knife wielder moves in a sluggish manner and brandish the knife wildly. The police have batons and tasers. But despite this, the knife attacker is able to close the distance and stab the vest of a police man.

The police could have used the baton to strike the man’s hand to disarm him. They could also have knocked the guy unconscious with a strike to the head. But these things didn’t happen. The police were not trained or fully prepared to handle the knife attack. The report states that the attacker killed one person and injured two people.

You will be attacked continuously

If you’ve seen a knife attack video. A significant feature of knife attacks is that knife attackers often stab victims many times. This is true for both indiscriminate knife attacks and ambushes. Knife attackers make sure that their victims are fatally wounded. It is very close to the “prison shanking” that you see in movies.

It is unrealistic to expect the knife wielder to attack once and then leave you alone. Knife assailants often have bad intentions or mental instability. These people won’t show you any kind of mercy and will attack you relentlessly.

Training knife defence against single stabs is good for learning the basic mechanics. But that is still far from the truth when it comes to an actual knife attack. The reality is that it is brutal, merciless and continuous.

It is good practice to train basic knife disarms against single knife attacks. However, this type of training it isn’t enough to ward off a real knife attacker. The knife is a force multiplier. A white belt with a knife can stand against a black belt without a weapon.

Most martial arts experts aren’t trained for knife disarming. MMA fighters, professional boxers, Muay Thai champions, BJJ black belts are great. But they generally have no knife training or even improper training at times. This includes most aikido and karate practitioners too. Their knife compliance drills aren’t pressure tested at all.

All hope is not lost though because there are realistic weapon based training you can learn from.

You will most likely get cut but you can survive

Yes, In all probability you will get cut if an indiscriminate knife attacker targets you. Video evidence shows that you can get stabbed many times to the neck and gut and still survive. This is not ideal but this is a fact. And I’m telling you this so you can mentally prepare yourself and not freeze up should you experience it.

You will get cut but you can avoid fatal injuries. You can do this by having positional awareness of the blade. When you are in this situation, it is important that you use objects from your environment as a weapon or shield. Doing this will significantly reduce the chances of receiving a fatal stab.

When you don’t have objects to shield yourself up, remember that it is okay to sacrifice a limb so that you may live on. Use your arms or legs to prevent the blade from penetrating your vital parts.

And if you really want to learn more about realistic knife defence, then you should…

The best way to defend against the knife is to study the physics behind it. Indiscriminate knife attackers seem to attack wildly and unpredictable. But this doesn’t mean you can’t defend against it. You can categorise knife offence based on the angle and type of attack (slash or stab).

You can learn and train in knife defence. At Guardian Defence we train to use ‘everyday’ objects to defend against knife attacks. We address the issue of “piston type” stabbing attacks. We emphasise the importance of the environment dictating the outcome of the defence used. For example; Picking up an object close by to protect yourself against a knife attacker.