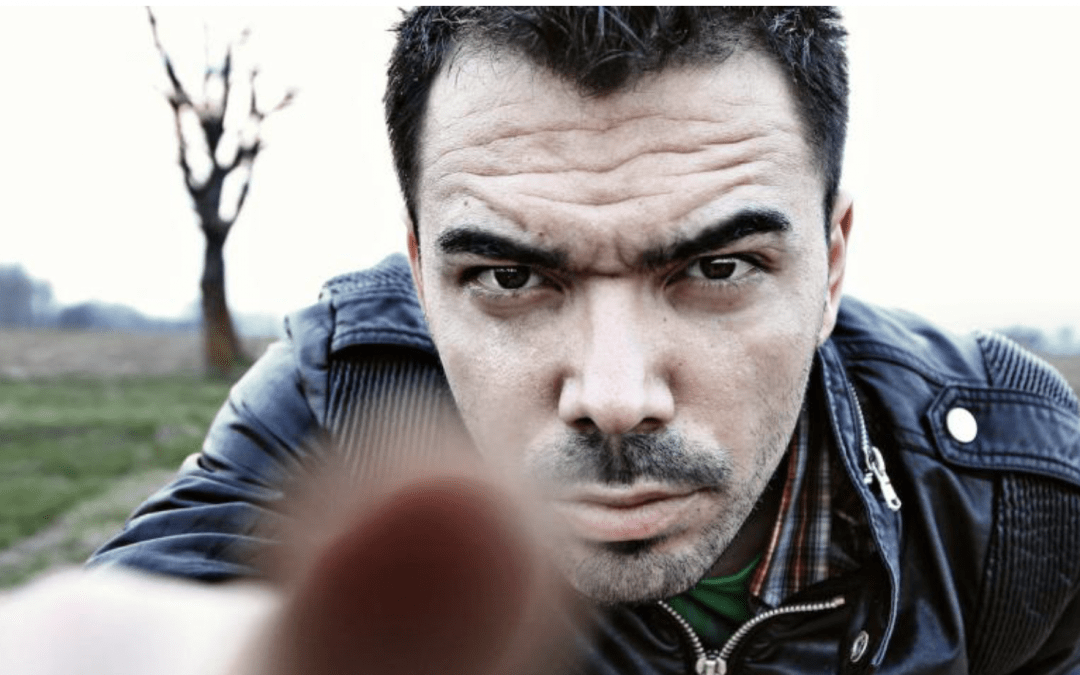 At Guardian Defence our classes encompass the psychological aspects of why people commit violent acts. Some of the most dangerous individuals can be highly intelligent, dynamic and persuasive.

This short article will give a basic overview of how people manipulate others and offer strategies to overcome these.

Because effective manipulators provide as coherent a situation as possible in which to gain our compliance, detecting discrepant or ulterior motives is difficult.

Although becoming obsessively critical or suspicious would be dysfunctional, carefully appraising the credibility of a message source and the quality of an appeal makes sense. Most persuaders recognise the importance of standard operating procedures, form and style in undercutting our ability to apprehend “unexpected” events or influences.

They conceal their intent amid “normal appearances.” We are more likely to be caught off guard when the situations we are in appear normal. Say we’re Just “having fun” with friends, or being “entertained” or “educated,” or are simply engaged in a common social interaction. We usually feel no need to attend to the details of what is going on, of who is influencing whom and of what is impacting upon our behaviour. But many undesirable social pressures prey upon our adherence to simple, unquestioned protocol in such situations.

Information from Rape Prevention Groups, for example, suggests that it is especially important for women to be aware of the effects of “normal” appearances. Entering dangerous situations with potential rapists may seem “natural,” tantamount to being polite or helpful, when you have been trained to be polite. Answering all questions put to you with a friendly gracious smile or always deferring to the protection and judgment of men, even when they are strangers, is not the best idea.

Neither is being courteous and open with emergency services personnel at the expense of requesting proper identification.

Being able to disobey simple situational rules when we feel we should is important for men as well as for women. It requires assertiveness, and at least, a critical evaluation of the situation.

– Actively monitor social interactions. Establish a critical distance periodically to examine situations from other perspectives. Search for situational pressures in your physical and social surroundings, for the small details as well as the big picture. Practice thinking ahead, anticipating what will come next, checking for discrepancies and noting how you feel about them.

– Be willing to disobey simple situational rules when you feel you should, to sound false alarms occasionally or to cause a scene. Never do anything you don’t believe just to appear normal or to get someone off your back.

– Be able to recognise the conditions under which you are most vulnerable to accepting persuasive appeals. Should a potent persuasion tactic be present in a situation, postpone making a decision on the matter, if possible, or be able to say “no.”

– At the very least, try to get more information so that you can carefully consider the consequences of saying “no” to something that could turn out essentially “good” (Could you return in a week or a year and say “yes”?) or of saying “yes” to something that could turn our essentially “bad” (Could you lose your money, pride or life?). Obtain and utilise all available information and search for new, reliable sources.

Effective persuaders not only influence people, they win friends “in the bargain.”

The best persuaders always appear to be just like us. They understand our problems, empathise with our predicaments; in fact, they were there once themselves. They speak our language, share our needs, and know the inside jokes.

When someone appears to share our concerns, he or she becomes a cohort, an ally, someone we can trust and give the benefit of the doubt. The tactic is powerful because attitudes change, like all socialisation, is most effective when it goes unnoticed. The conversation is slowly led into areas where our disagreement would otherwise be obvious. Credibility leads us gently over each successive hurdle as we change our attitudes through small, continuous approximations. In the end, we perceive that we have brought it about on our own.

– Check for signs of ingratiation, for an overemphasis on mutual interests, and for requests for just one small commitment now, with an open-ended contract for later. How deep do the stated similarities go? How well does the persuader really know the common friend you supposedly share?

As trivial as it may seem, a major persuasive device is the expression
of confidence in the beliefs espoused and courses of action recommended. Research shows that powerful people express confidence and self-assuredness across all channels of communication, through body language and through words. Regardless of someone’s “real” credibility, what we end up responding to is how competent, confident and stable he or she “appears” to be.

Someone who looks us straight in the eye, stands very close and speaks forcefully is not intimidated, but intimidating, and perfectly in control of the encounter.
In reaction, those who get persuaded express doubt; they do so as much by what they say as by what they don’t say. Minor hesitations like “uh,” “ah,” “er,” or a pause can be capitalised upon and manipulated because they convey momentary lapses of thought, momentary vulnerabilities. The way we carry ourselves is also revealing.

In fact, training manuals for sales personnel are filled with tactics for skill-fully manipulating the choices people come to make in bargaining situations.

Because it is difficult to feel efficacious around people who ostensibly have more knowledge than we do, we are often inhibited from asking the appropriate questions, from thinking critically and carefully about decisions that may affect our lives.

– Practice “seeing through” programmed responses to authority. Pay attention to the social roles you and others occupy in a setting and the subtle indicators of those roles that you may be responding to (business suit, repairman’s uniform, etc.)