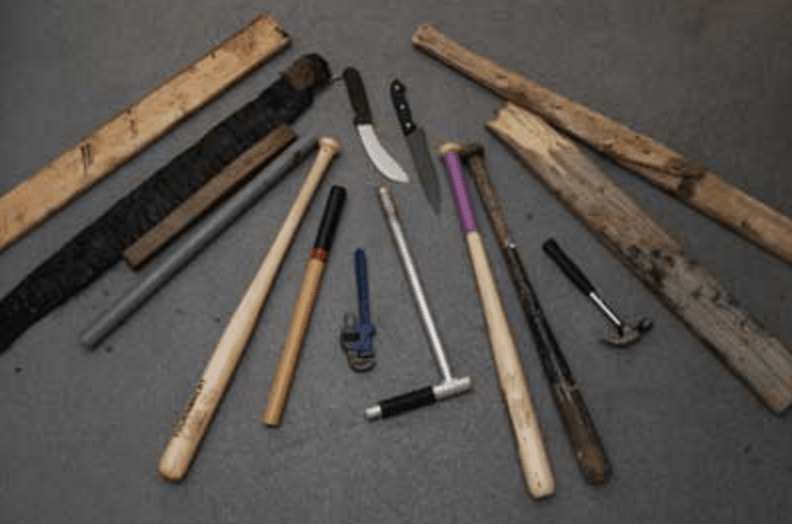 At Guardian Defence we are adverse to blogging on negative issues, our goal is to focus on positive reports and empower our students with real self defence skills.

However, as teaching weapon defences is essential for real world scenarios, attacks with weapons in the UK is increasing at an alarming pace and our curriculum does cover such defences we feel it is imperative to get this information out to you.

Krav Maga weapons defences are good for several reasons, the primary one being that they are principle based, not technique based. This means is that we can teach students relatively few weapons defence principles and they can then apply those principles to make defences against a wide variety of threats and attacks.

With principles, you can focus on fewer movements and apply them as you see fit depending on the attack.

At Guardian Defence we get our students to understand the “why” of things, and that’s a big part of being able to perform under stress.

Another reason that Krav Maga techniques work so well is that they focus on control of the weapon, and the extensive use of non-cooperative training partners allows the student to develop a feel for an actual fight for the weapon. There is no substitute for the stress of training performed at speed.

Focusing on these points also allows the student to develop a sense of where the weapon is going to be during a defence, as the attacker will not just sit there passively.

In real life, attackers fight back. If you focus on where the weapon is rather than where it’s going to be, you run a higher risk of missing it during the defence or not being able to control it effectively, which will probably get you involved in a fight for the weapon.

This adds an unnecessary layer of difficulty to what is already a high-risk proposition.

At Guardian Defence we tell all of our students. If you’re being robbed, the safest thing to do is to give the perpetrator what they want and let them be on their way. There’s nothing in your wallet worth dying for.

Regardless of the type of weapon with which you are being attacked or threatened, Krav Maga utilises a very specific set of principles to counter that threat.

At Guardian Defence we like to use the acronym RCAT for Redirect, Control, Attack, Takeaway.

To find out more about the details of the defences and the principles behind them, come to one of our classes.